Get the Body
You Want

Labiaplasty is the term used to describe a surgical reduction in the size, length, or protuberance of the labia minora. Patients interested in labiaplasty do so for a number of reasons, but the most common complaint amongst Dr. Temmen’s patients is embarrassment with the appearance of the labia minora or discomfort during certain activities like bicycling, riding a horse, sex, or exercise. Many patients considering labiaplasty also admit to feeling self-conscious during sexual relations or inhibited while wearing swimming suits or other tight clothing. Patients of any age may have labia minora that are elongated due to genetics, puberty, or child birth and Dr. Temmen has performed reconstructive and cosmetic labiaplasties on patients aged 13 to 77. 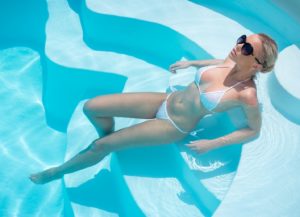 Dr. Temmen has achieved a 5-star Google rating by exceeding the expectations of her patients. She’s board certified, and considered by many to be one of the best labiaplasty surgeons in the Jacksonville and Tampa areas.

Wedge Resection Labiaplasty – Dr. Traci Temmen’s preferred method of labiaplasty is the central or posterior wedge resection technique. During this surgery, a triangle-shaped piece of tissue is excised from the middle or back of the labia minora with closure producing smaller, tighter, natural appearing labia. The resultant scar is hidden in the crease between the labia majora and labia minora and crosses the labial edge at only one point. This labiaplasty technique reduces the risk of over-resection, unnatural appearing labia minora, and painful scarring.

View before and after labiaplasty photos of Dr. Temmen’s satisfied patients.

The term labiaplasty is often mistakenly used to refer to any surgery of the external female genitalia. However, labiaplasty specifically refers to surgery of the labia minora as described above. Dr. Traci Temmen not only specializes in labiaplasty surgery but she also provides a wide range of additional cosmetic procedures that today’s labiaplasty patients are interested in to further refine and rejuvenate the entire genital area.

Clitoral Hood Reduction – Often performed at the time of labiaplasty, small crescents or inverted-V shapes of tissue surrounding the clitoris may be removed to reduce bulk in this area and provide a tidier appearance.

Posterior Fornix/Fourchette Reduction – Excess tissue of the posterior vaginal opening may cause discomfort, interfere with sexual intercourse, or produce a disharmonious appearance of the labia minora. Simple excision at the time of labiaplasty results in a smoother, tighter appearing labia minora and vulva.

Monsplasty/Mons Pubis Reduction – Sagging or fullness of the mons pubis often creates an unsightly lower abdominal contour and can interfere with sexual relations and/or the ability to comfortably wear tight fitting clothes. Liposuction of a fatty mons pubis can dramatically decrease bulk while surgical elevation (often performed during an abdominoplasty or tummy tuck) may be necessary to elevate a sagging mons, particularly after massive weight loss or pregnancy. 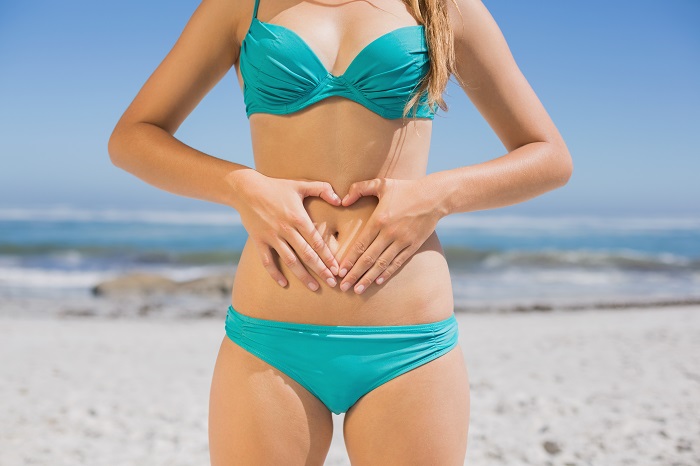 Type of Anesthesia Used During Labiaplasty:

All of Dr. Traci Temmen’s labiaplasty consultations, preoperative appointments, surgeries, and postoperative appointments are carried out in the state-of-the art facility, the Plastic Surgery Center of Tampa, with her well-trained, compassionate, and knowledgeable all-female staff. Patients are guided through every step of their surgical journey and made to feel welcome, comfortable, and safe with every move.

Dr. Temmen usually performs labiaplasty surgery under local anesthesia in an outpatient setting. During local anesthesia, a single injection into each labia is used to numb the area being addressed. After the anesthesia takes effect, the actual surgery takes only 30 to 45 minutes to perform. The patient is completely awake during the procedure and is able to talk with Dr. Temmen and the staff, read, use a cell phone, or listen to music through headphones. Other patients prefer to simply close or cover their eyes and rest or fall asleep. Because no sedation is necessary, patients are able to drive themselves to and from the office on the day of surgery.

Rarely, for patients who do not feel they can (or do not want to) receive labiaplasty under local anesthesia, Dr. Temmen may perform labiaplasty surgery using intravenous sedation. During intravenous sedation, a board-certified anesthesiologist administers medications through an IV to sedate the patient prior to injection of local anesthesia and throughout Dr. Temmen’s surgery. The patient is sleepy and will likely not remember many details, but is able to breathe on their own and does not require a breathing tube or ventilator during the procedure. Because sedation is used, the patient may not drive home after labiaplasty surgery and must be in the company of a responsible adult for the first 24 postoperative hours.

Dr. Temmen spends time with each patient to discuss the type of anesthesia that is right for them. Most patients are relieved to learn that they can have labiaplasty surgery under local anesthesia and drive to and from the office on the day of surgery. This allows Dr. Temmen’s labiaplasty patients to have complete independence and privacy during this very personal experience.

Dr. Traci Temmen performs labiaplasty surgery as an outpatient basis at the Plastic Surgery Center of Tampa in a fully accredited operating room. Patients go home the same day after labiaplasty surgery and are immediately able to walk, sit, and drive (assuming no sedation was used). Patients are instructed to take it easy for the first one to two days after surgery, then are able to return to work and normal activities of daily living after two to three days. Patients must wait four to six weeks before returning to full exercise and are instructed to follow vaginal precautions (i.e. no sex or tampons) for six weeks.

The first follow-up appointment with Dr. Temmen is scheduled three to five days postoperatively with subsequent appointments scheduled throughout the healing process. Most patients choose to undergo labiaplasty surgery on Friday, recover over the weekend, and return to work or school on Monday. However, depending on the operating room schedule, Dr. Temmen is available to perform labiaplasty surgery any day of the week. Patients are prescribed pain medicine postoperatively, and most patients report being able to stop taking pain medicine after three to five days.

Dr. Traci Temmen understands that price is an important aspect when considering cosmetic surgery. However, the cost of labiaplasty surgery should not be the determining factor when choosing a surgeon. It is important to choose a labiaplasty surgeon that is board certified by the American Board of Plastic Surgery and is a member of the American Society of Plastic Surgeons. Additionally, patients should feel confident in their surgeon’s ability and choose a labiaplasty surgeon with experience, good before and after photos, and excellent communication skills.

How long does the labiaplasty procedure take?

Labiaplasty surgery takes between 1 and 2 hours.

Labiaplasty is considered voluntary, and primarily cosmetic, so most types of insurance don’t cover it.

Should I get labiaplasty?

Women who suffer from self-consciousness about the appearance of their labia, or experience pain and discomfort from clothing or exercise. Labiaplasty is suggested for any patient who feels like the size of their labia is interfering with their normal life.

When can I have sex again after labiaplasty?

Does labiaplasty result in scars?

Depending on the technique used, scars will be minimal and difficult to notice. Discuss your needs with Dr. Temmen to learn about potential scarring.

When can I return to work?

Bed rest is recommended to reduce swelling. Most patients feel comfortable returning to work 2 to 4 days after surgery.